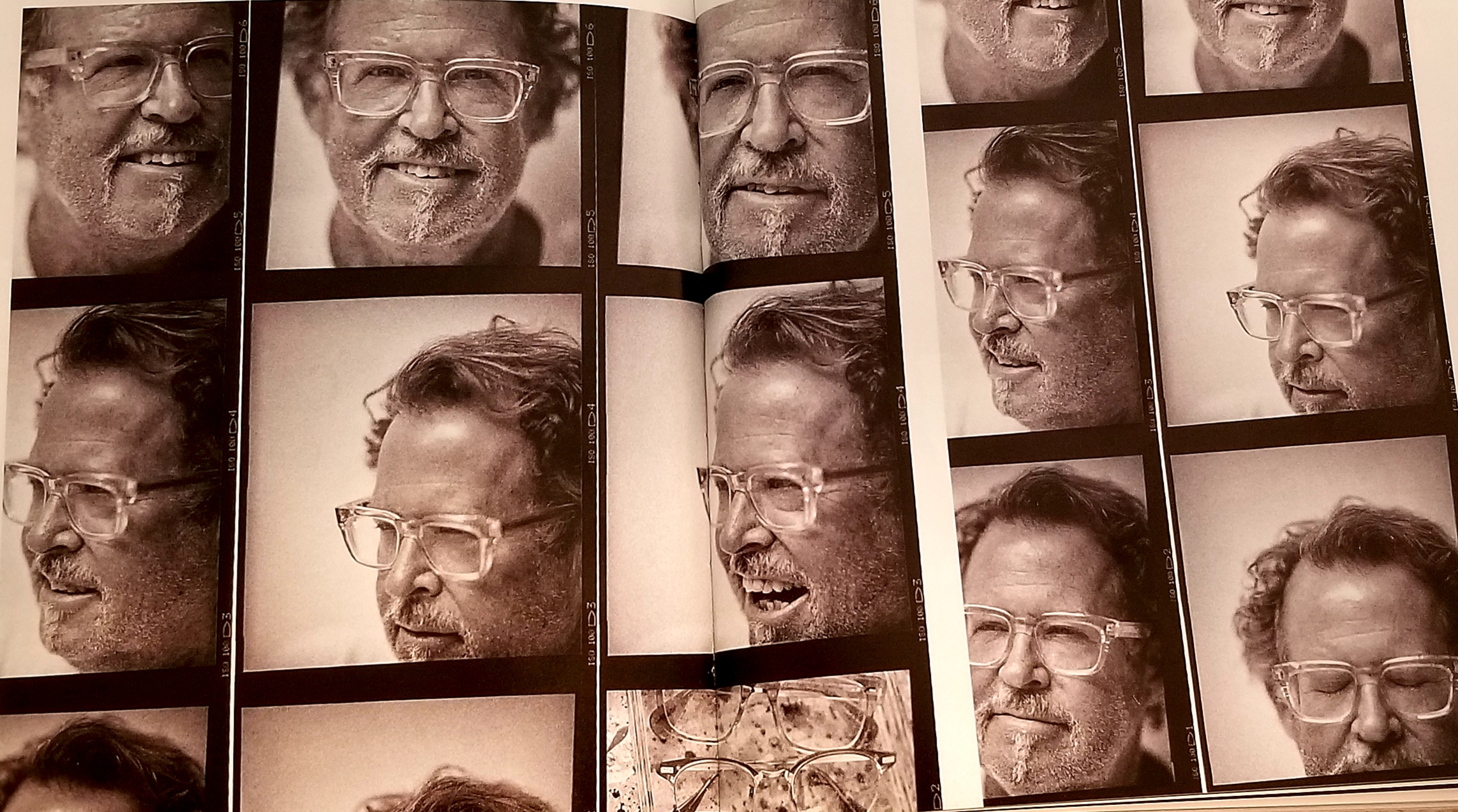 If Ed Koehler has a life motto, its “Never say no.”

“I have this inability to say,’no.’ I always say ‘yes.'” says the Naples-based artist. In fact, Koehler, 60, blains this mindset is what has afforded him international success.  He’s created functional arts cultures for the home and offices of national-chain CEOs (see: Nabisco, Kohl’s, Chrysler), luxury hotels such as St. Regis, a resturant in Germany and countless local spots including Naples Conservancy, Collier County Library – Headquarters branch, Seacrest County Day School, Lorenzo Walker Vocational Technical College, Bistro 821 and the Ritz Carlton Hotel, among others.

The Florida sculptor, Ed Koehler, grew up in the lower Keys with a mask and snorkel on his face. As an adult, he worked in various career fields all over the world, and found himself on a yacht as a mate, travelling the South Pacific. Since then, he has been a resident sculptor in SW Florida creating tangible expressions of his memories, his travels, and explorations in nature.

As a boy, Koehler lived in Big Pine Key where his parents owned a motel and marina. Daily underwater excursions snorkeling and diving were a way of life for him. In school, Ed was not the top of his class academically, but spatially he excelled beyond his peers. One of his literature teachers noticed this and allowed Ed to build a clipper ship in class for his assignment. These childhood experiences planted visual seeds that would grow throughout his career as an artist.

Never satisfied with the mundane, Koehler has always looked for new challenges and adventures. Flowing from one medium to the next has been normal for Koehler and his high energy personality. After working in fiberglass for many years, Koehler was asked to create cast stone architectural pieces for upscale homes and hotels like the Ritz Carlton in Naples. Private residential communities including Mediterra, Bonita Bay and Tibaron in Naples, Fl also commissioned cast stone embellishments. Cast stone led to mosaics in which Koehler designed and built over 40 benches, walls, shower floors and tables.

Steel and aluminum sculptures followed in the production of public art for a local Nature Conservancy. The commissioned mangrove exhibit gave birth to interior design lighting and sculptures for homes. Since then, over 150 lamps and various art sculptures have been created.

The current body of work Koehler is producing includes organic lamps and tables, wall sconces and accessories. Large and small, these functional art sculptures appear like mangroves, driftwood, and coral, as seen in the mangrove lamps, driftwood wall sconces and coral chandeliers. A reminder of Koehler’s underwater visions, twisting and turning, each functional art piece is handmade, one of a kind, original and ever changing, and of course, all sculptures are signed by the artist.

A tireless spirit characterizes Ed Koehler’s love of the water and under sea life. His mastery of so many unconventional mediums allows him to express his passion as an ever evolving body of work. Koehler’s soulful sculptures of natural shapes and organic forms may be found in commercial and residential spaces throughout the U.S., Europe, Asia, India, Central and South America. Many sculptures have been sold nationally in art galleries on Rodeo Drive, Beverly Hills; Form Shops, Las Vegas; Palm Beach, Boca Raton, Miami, New York, Los Angeles, and San Francisco. Sculptures by Koehler have been custom made for the homes and offices of Nabisco, Kohl’s, Chrysler, and Toyota CEO’s. Prestigious hotel lobbies including St. Regis Hotel and Spas, local country clubs, night clubs, libraries, high schools, technical schools all own art work and interior design sculptures by Ed Koehler.

Ed is married to artist, Marti Koehler. (www.martikoehlerart.com) Their complimentary styles have combined in many public and private interior spaces. They have a son, and two small dogs. In their spare time they enjoy boating together, and Ed travels the world on scuba adventures.

ART THROUGHOUT THE WORLD